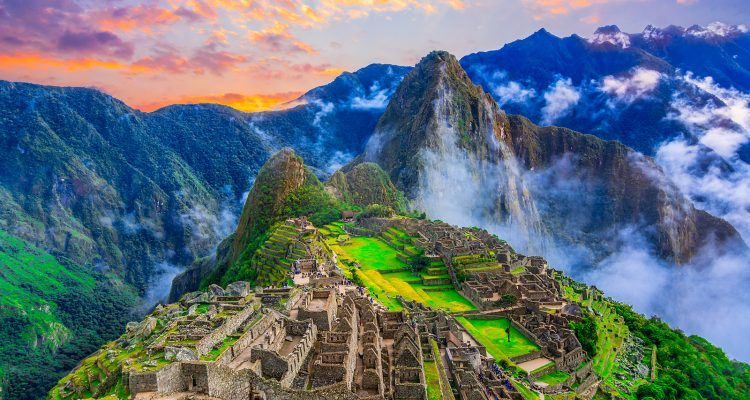 Unearthing the Ancient World of the Inca with Explorer Peter Frost

British explorer, author, and independent scholar Peter Frost could be called a 21st-century Hiram Bingham; in 2001 and 2002, he led National Geographic Society-sponsored expeditions into the remote Willkapampa mountains of Peru, where he discovered the previously unknown Inca site of Qoriwayrachina. Peter, who has lived in Peru for over three decades and shared the wonders of the Inca empire with scores of National Geographic travellers, recently shared some insight into the exemplar of Inca architecture: iconic Machu Picchu.

You’ve spent many years studying Machu Picchu and the Inca, and you’ve taken a number of National Geographic travellers to the site. What are some of the highlights you share with them?

I’ll begin with what we know: Machu Picchu was the royal estate of an Inca king, Pachacuti. He was the ninth Inca ruler and the first who could really call himself an emperor, since he’s the one who began the expansion of the Inca Empire. We learned this from documents found in the 1980s.

Why Pachacuti built Machu Picchu is open to interpretation and dispute. There are two main theories: the first, which I and many scholars subscribe to, is that this was a sacred religious site. It’s far removed from the centre of the Inca Empire, nestled amid soaring snow-capped peaks and girdled by the Urubamba River, which the Inca called the Willcamayo—“sacred river.”

These two factors—plus many others—lend a spiritual significance to Machu Picchu’s location. There’s also no other place nearby that could accommodate a complex of that size. The rival theory is that Pachacuti built Machu Picchu as a winter palace, so he could move his court there during the colder months in Cusco.

How many people inhabited Machu Picchu?

Evidence from burials suggests a sizable population—Machu Picchu could have probably housed between 1,000 to 1,200 people. We don’t know how many lived there year-round, but it’s likely that the population rose and fell depending on when the Inca emperor chose to visit.

How long did it take for the Inca to construct Machu Picchu?

Much of Machu Picchu was built during Pachacuti’s lifetime, and he’s believed to have reigned from about 1438 to 1470. The Inca Empire lasted another 50 years before being conquered by the Spaniards. I suspect it was a work in progress—there are sections that were abandoned, and a lot of evidence of remodelling and later additions.

What is it about this remarkable citadel that fascinates you the most?

One of the things I love about the Inca is that they were wonderfully sensitive to the aesthetics of architecture and landscape, yet extremely practical and efficient. Machu Picchu has been designated an International Historic Civil Engineering Landmark for a reason—if it wasn’t for the brilliant Inca engineers and their innovative design, this ancient complex would have slid off the mountain centuries ago, abandoned as it were for almost 400 years.

What ultimately became of the Inca?

The Inca were already divided by civil war by the time of the Spanish invasion. When the Spanish arrived, some made a niche for themselves within Spanish society, while others retreated to the Vilcabamba Valley. They built a new capital city there, on the edges of the rainforest, and held out for as long as they could. The last Inca king was finally dragged out of Vilcabamba in 1572 and executed in Cusco, and that was the end of the Inca royal line.

In your opinion, what is the legacy of Machu Picchu?

I think the legacy is huge. Machu Picchu is the only Inca site we know of that remains relatively intact; and it was something extraordinary that they built. There’s still much to learn about this fascinating place—so much open to discovery. I think it’s also dramatically changed how Peruvians view themselves and their own past—Machu Picchu has become a symbol of national pride and identity for the whole country.

Discover the wonders of the world of the Inca during an unforgettable expedition to Peru with National Geographic Expeditions. 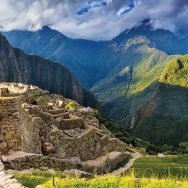