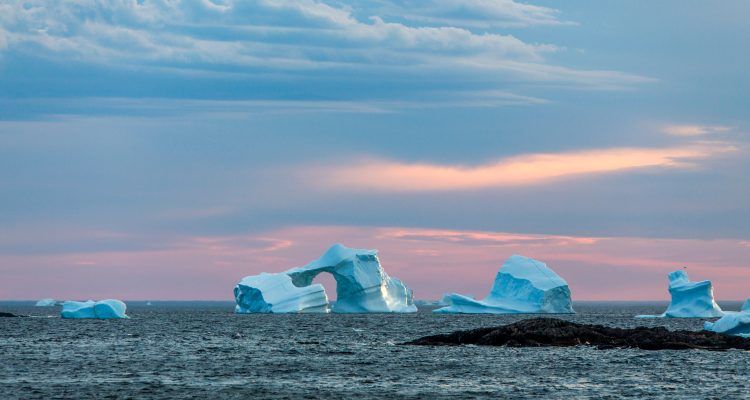 Whether there's pack ice in the harbour or trap berths in the water, each season on this Newfoundland isle showcases a unique intermingling of nature and culture.

Living on the water can foster a sort of sixth sense for predicting the weather. Living on a small island like Fogo, off the coast of a larger island and at the edge of a continent no less, is a daily lesson in meteorology. On this Newfoundland “outport” isle, every man, woman, and seafarer is a veritable nostradamus—which is why each of them will tell you emphatically that there are in fact seven seasons here and not the four you might expect from Atlantic Canada.

Fogo Islanders can sense the earliest stir of a brewing storm, and they know that the berries come and go with a distinct weather pattern—not quite in the summer, not quite in the fall, but in a season named for their very existence. They know when it’s safe for the kids to play on the harbour pack ice, and when the sculpted behemoths are about to come gliding down from Greenland through “Iceberg Alley.”

They may try to convince you that the coldest months are their favourites, as one resident claimed during my visit on an already-chilly summer’s weekend. The turn of the calendar year is when this quiet isle gets quieter—when only the heartiest of tourists remain—and a retired cod fisherman can finally get a little peace out on his ice-fishing pond.

Incidentally, he’d invite you to come to visit during this sacred time anyway. Because that’s just how Fogo Islanders are: enduring of the land’s temperament and welcoming no matter the weather.

At Fogo Island Inn, a National Geographic Unique Lodge of the World, excursions are designed so guests can embrace the spirit of the season in which they visit.

When the snow falls on Fogo, it’s time to strap on cross-country skis and track caribou across rolling hills or lace up a pair of skates for a game of pick-up ice hockey. Those hoping to hibernate can retreat to the Fogo Island Inn library or cinema, enjoy live music at the bar, or indulge in gourmet Newfoundland fare while taking in four-story views of the wild North Atlantic from the inn’s glass-walled dining room.

March on Fogo Island sees splintered pack ice flowing into harbours and coves in great tides of jagged, sparkling shards—a delight for nature lovers and landscape photographers alike. Jump between ice blocks when water levels are low, and watch seals scurry across the floes. Or opt to observe the ice from the cosy confines of Fogo Island Inn, where music, storytelling, and artisan workshops give a festive glow to the final days of deep frost.

Instead of blooming flowers and budding trees, springtime visitors to Fogo Island are likely to spot massive icebergs drifting just offshore and feel the power of the season’s epic gales that send waves crashing against rocky shorelines. Amble along thawing footpaths to witness winter gradually giving way to warmth, or get out on the water for a cruise through “Iceberg Alley.”

Fogo’s trap berths were historically dropped on June 1 amidst festive hope for a bountiful cod season. Embrace the season’s maritime mood and meet with a local fisherman to hear about the Fogo fishing industry, row a traditional punt boat through coastal waters, or learn the basics of boat building from an island craftsman. Landlubbers can explore Fogo’s colourful scenery during this peak period for wildflower blooms.

A day at the beach is different in Newfoundland. Skip summertime sunbathing and head to one of Fogo’s sandy beaches, where you can dig for mussels, spot nesting puffins, and see whales breaching just offshore. Inland, hidden ponds await waders and trout fishermen, and the nearby Change Islands—their lush lawns dotted with colourful saltbox houses—are poised for postcard-worthy photos.

Fogo’s September and October revolve around the fruit harvest—a time when the island’s landscapes are speckled with the bright hues of edible wild berries. Walk ancient footpaths with your picking pail, foraging for blueberries, raspberries, and partridgeberries. Guests of Fogo Island Inn can join an islander for a lesson in jam jarring, and then deliver the remaining berry bounty to the lodge chef, who will incorporate it into the dinner menu.

Few places feel cosier on a crisp fall day than Fogo Island Inn. Wrap yourself in a colourful handmade quilt and snuggle up next to one of the lodge’s six wood-burning fireplaces with a warm beverage in hand. Outside, festive beach bonfires blaze, caribou have begun to graze, and the inn’s rooftop hot tubs bubble—invitations to embrace the escalating chill of the season and its long, starry nights.

Explore the wonders of this unique region on a 12-day expedition with National Geographic. 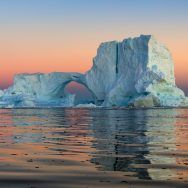 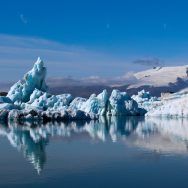 Greenland: Expedition along the East Coast 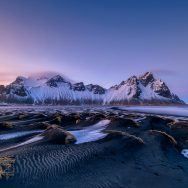