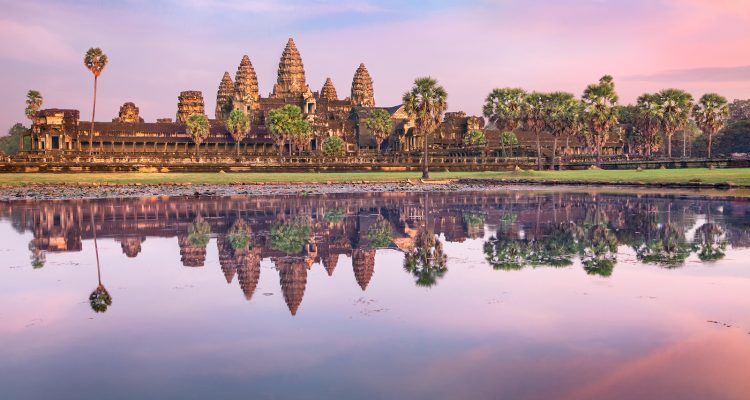 10 Archaeological Mysteries from Around the World

From prehistoric villages in Scotland to the monumental moai of Easter Island, here are our picks for the most riveting archaeological sites you can explore—and puzzle over—on a National Geographic Expedition.

There’s something surreal about wandering the ruins of an ancient place—a place where great cultures once flourished and then faded away. But while impressive archaeological remains can be found in many parts of the world, certain sites are imbued with an air of mystery: how did people of the past build these great structures using nothing but rudimentary tools, and what caused their collapse?

Set amid misty Andean peaks, Machu Picchu is believed to have been built in the 15th century by Inca ruler Pachacutec. The sprawling stone complex is made up of hundreds of buildings—palaces, temples, baths, and more—as well as an intricate water-delivery system. The fact that Machu Picchu was constructed without the use of the wheel, metal tools, or mortar is a marvel in itself, though the question that continues to perplex historians is why it was built—and then abandoned. A popular theory is that this mountaintop citadel served as a retreat for Inca royalty, and then collapsed soon after Spanish conquistadores arrived on South American soil. But the site’s history is still open to debate.

The ancient stone village of Skara Brae stands on a mossy, windswept coast in Scotland’s Orkney Islands. Settled about 5,000 years ago, Skara Brae predates both Stonehenge and the Pyramids of Giza, and is one of the best-preserved Neolithic sites in Europe. It consists of a series of stone homes where nearly everything—except for the roofing—remains intact, from stone beds and dressers to Scotland’s earliest-known toilet. This once-thriving community of farmers, hunters, and artisans was mysteriously abandoned around 2500 BC. The absence of human remains or evidence pointing towards warfare begs the question: what prompted Skara Brae’s residents to just up and leave?

The Great Sphinx of Giza, Egypt

Egypt’s ancient monuments have always evoked an irresistible sense of wonder, but none more so than the enigmatic Sphinx. Located on the Giza Plateau on the banks of the Nile River, this monumental limestone statue is the largest monolithic statue in the world, measuring 240 feet long and 66 feet high. It represents a mythical creature of Egyptian invention—half-lion, half-human—which later found its way into Greek mythology. Believed to have been built during the reign of the pharaoh Khafre in the 3rd millennium BC to guard his pyramid tomb, some historians suggest that the Sphinx might date back 9,000 years. The Sphinx, it seems, is not quite ready to divulge its secrets.

Hidden in the depths of the Cambodian jungle, the sacred city of Angkor was the capital of the Khmer Empire from the 9th to the 15th century. It was established by Hindu king Jayavarman II and grew to become the largest urban complex of the preindustrial world, with a population numbering nearly one million. Today, Angkor is a maze of vine-covered temples, larger-than-life sculptures, and beautiful courtyards shaded by towering banyan trees; it also harbours the remains of a complex hydrological system, once the lifeline of the city. While there is no firmly established explanation for Angkor’s downfall, recent research shows that climate change might have been responsible.

One of the world’s most enduring mysteries, Easter Island continues to perplex visitors and experts alike. This remote Pacific island—some 2,200 miles from the nearest continent—was once home to a prosperous Polynesian community. Why or when the first settlers arrived here remains unknown, and how their civilization collapsed is a topic of heated debate. The more intriguing mystery, however, surrounds the gigantic stone statues, or moai, that the island is famous for. Believed to have been built between 1200 and 1650 AD without the use of wheels or large animals, there are about 900 statues scattered throughout the island. Were these enigmatic stone visages created to honour ancestors or chiefs, as most scholars suspect? Or did they serve another purpose?

The Ggantija Temples are located on the Maltese island of Gozo, in the middle of the Mediterranean Sea. These massive megaliths are estimated to be some 5,500 years old, making them the oldest site on this list. Local legend holds that they were built by a race of giants; hence the name Ggantija, which derives from the Maltese word for “giant.” Archaeologists speculate that the temples might have been devoted to an ancient fertility cult, though what truly astounds the visitor is how these freestanding limestone structures—some of them rising to nearly 20 feet—were erected using nothing but basic stone tools.

Tikal is home to the ruins of a powerful Maya city that flourished from around AD 300 to 800. Nestled in the depths of the Guatemalan rainforest, this magnificent settlement was once inhabited by more than 60,000 people and covered an area of at least 47 square miles, making it one of the largest pre-Columbian cities. Among Tikal’s unearthed structures are palaces, step-pyramid temples, and ball courts. Though a wealth of information about the city has been decoded from stelae—monoliths covered in hieroglyphs—archaeologists still don’t have any clues as to the cause of Tikal’s decline. Was it drought, disease, war—or something else altogether?

Dating between 200 BC and 600 AD, the Nasca Lines are geoglyphs—enormous drawings on the ground—located in southern Peru. They are believed to have been created by the prehistoric Nasca people, who flourished in the region at the time. Numbering more than 1,000, the drawings depict straight lines, geometric figures, animals, and plants—including a monkey, hummingbird, lizard, and orca. With the benefit of modern air transport, we can see that these vast, well-defined patterns are best viewed from the sky; but did the ancient Nasca ever enjoy that perspective to admire their finished work? More importantly, what purpose did the drawings serve? Some theories attribute them astronomical significance, while others link them to water and fertility rites. They might have even been messages to celestial beings—gods or otherwise.

In the mausoleum of Qin Shi Huang Di, China’s first emperor, an army of 8,000 life-sized statues stands guard—generals, soldiers, archers, cavalry, and more. This incredible funerary contingent—the likes of which have not been found anywhere else in the world—forms but a part of the vast necropolis that Emperor Qin commissioned in the 3rd century BC to serve as his eternal home. Qin’s tomb is yet to be excavated; according to ancient accounts, it contains innumerable treasures, replicas of palaces, even lethal booby traps. What other wonders might the terra-cotta warriors be protecting?

One of Central America’s most spectacular ancient cities, Chichén Itzá was founded around the 6th century AD by the Maya people of the Yucatán Peninsula. At its peak, it was a thriving metropolis of up to 50,000 people: there were stately homes where the city’s elite might have lived, and an observatory, where skilled astronomers followed the movements of Venus. Chichén Itzá also harbours a variety of step pyramids, as well as the largest ball court in the region; here, the losing team’s captain—and sometimes the entire team—was sacrificed to the gods. What became of this extraordinary culture? Perhaps it was internal warfare that spelt its doom; overpopulation, deforestation, or drought. We might never know. 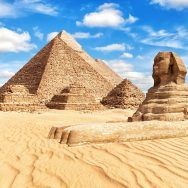 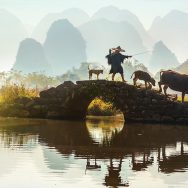